Former Los Angeles Times reporter Jack Getze is Fiction Editor for Anthony nominated Spinetingler Magazine, one of the internet’s oldest websites for noir, crime, and horror short stories. He is also the author of the Austin Carr Mystery Series — BIG NUMBERS, BIG MONEY, and BIG MOJO being published in 2013 by Down and Out Books. His short stories have appeared in Passages, A Twist of Noir and Beat to a Pulp. Getze is an Active Member of Mystery Writers of America’s New York Chapter. 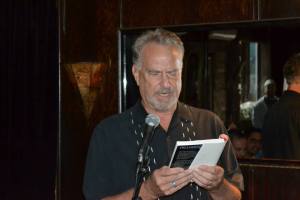